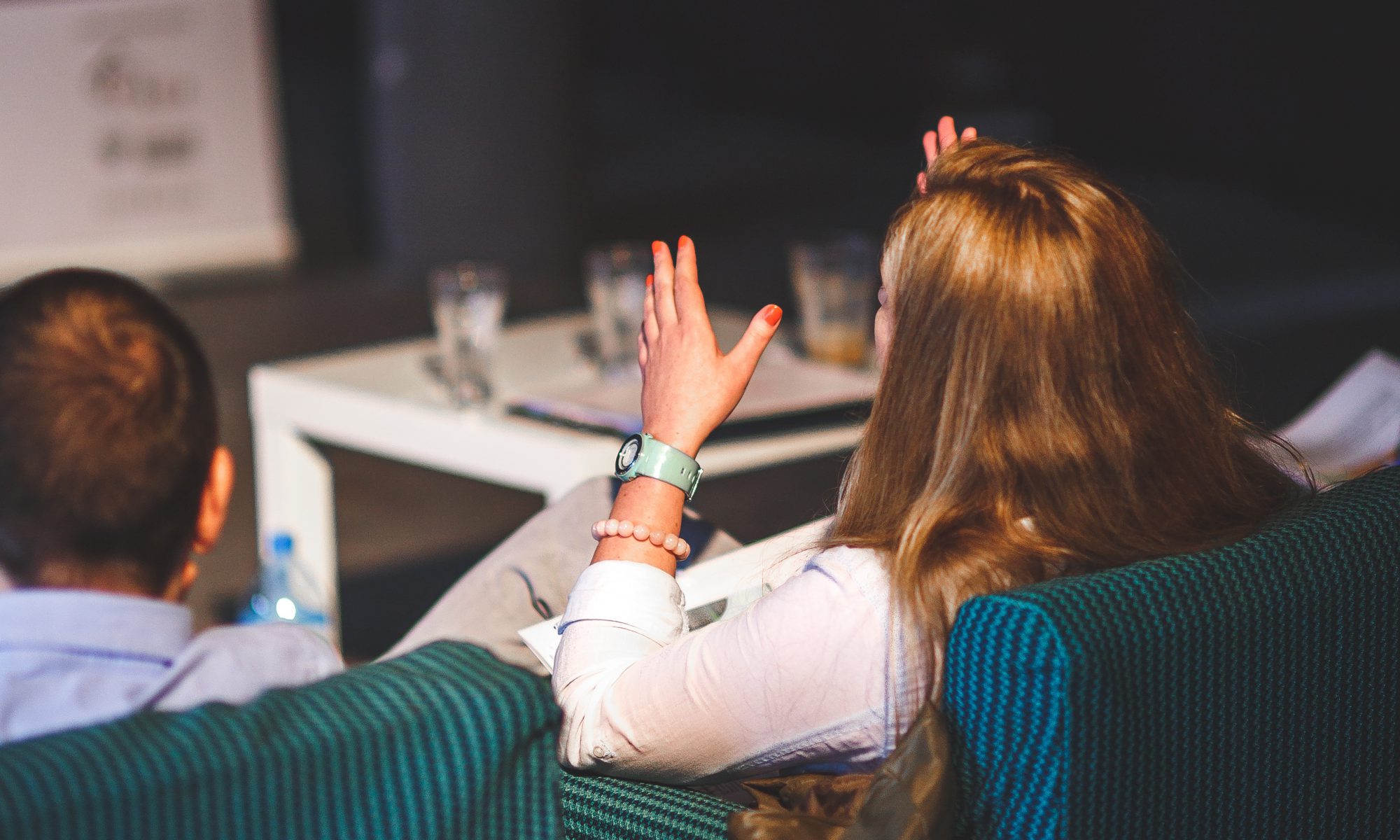 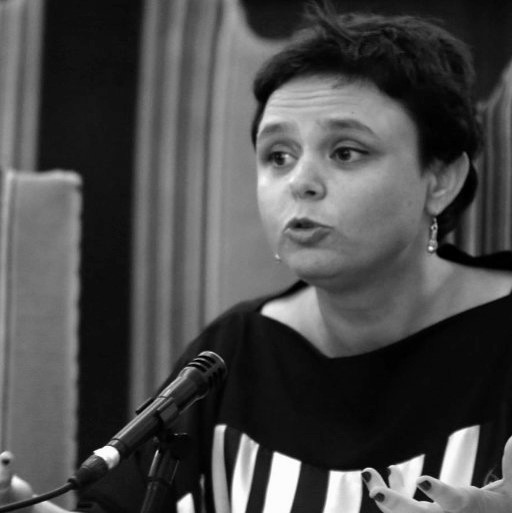 Knowledge is created at Universities and research institutes, and it is the place where researchers and students of all ages discuss latest science advancements. In the last couple of decades, Universities and research institutes have become acutely aware of the need to better communicate with different parts of society and to open the doors and translate their knowledge to the untrained eyes and ears. Open days, science fairs, science talks, connection with museums and science centers have been some of the strategies adopted. Nevertheless, there seems to be difficulties to reach large audiences. Why is that and what can we, as researchers, contribute to the change we want to see in the world? And also, what is the role of Science Communicators in that endeavor? 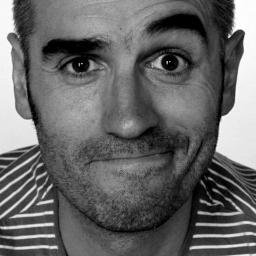 Aitor Eguinoa studied Sciences of Communication at the University of País Vasco (UPV-EHU). He has worked in the infographics department in many media channels, such as El Correo (Bilbao), La Nación (Argentina) and El País (Madrid). Since 2005 he is founder partner of Estudio 90 grados, which is an enterprise specialized in bringing graphic communication closer to areas not related to traditional media. Throughout these years he has received several international awards including one gold medal and two silver medals in the Malofiej Awards of infography. Since 2012 he teaches online infography in the Faculty of Communication of the University of Navarra.

Infographics: a tool to visualize your knowledge

What are infographics? What are them for? How can they help us in research and dissemination?
The infography is a tool based on the way our brain understands and processes data, which can help us to organize and hierarchize our ideas and to communicate our research projects and conclusions in a simple, attractive, easy to understand and to memorize way.
Before using this tool we must know the rules it is based on and which graphic codes should we use to respond graphically to the most common questions (What, Who, Where, When, How much, How and Why).
Different types of graphic visualizations will be presented, as well as examples and possible applications to scientific topics. We will first analyze the different steps to shape a specific content graphically. Besides that, we will see how to select the most relevant data and ideas, how to arrange those ideas in a paper and how to give them a graphic hierarchy.
We will also comment on some free online tools that we can use to create our visualizations (Tableau, Inkscape, Carto DB…). 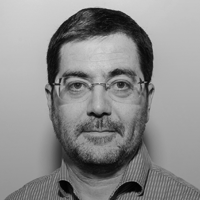 António Granado is assistant professor of Journalism at Universidade Nova de Lisboa, where he coordinates the master’s programs in Science Communication and in Journalism. From 1989 to 2010, he worked as a science journalist for Público, one of Portugal’s main daily quality newspapers, where he also was science editor, sub-editor-in-chief, managing editor and online editor. From 2010 to 2014, he worked as the online editor for RTP, the Portuguese public broadcaster. He holds a MSc on Science Journalism from Boston University, in the US, and PhD on Communication Sciences from the University of Leeds, in the UK.

The relationship between scientists and journalists has been improving in the last few years, mainly because both professional groups are starting to recognize and respect their different cultures. To understand how journalists work and what their expectations are when contacting sources is crucial to improve the connection of these different worlds and, ultimately, serve the people who want to know more about what happens in laboratories all over the world. In this short talk, I will be speaking about the differences between scientists and journalists and how science communication can be enhanced. From a newsroom perspective, I will also talk about the constraints science journalists face on a daily basis and how science institutions can help to bring better science to the general public. 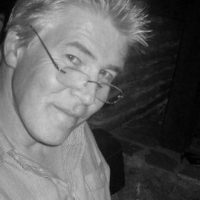 Malcolm Love worked for the BBC as a programme maker (and occasional presenter) in London, Cardiff and Bristol where he became a senior producer for features and documentaries. He now works in three areas:  as an independent producer;  he teaches science communication at the University of West of England in Bristol; and he coaches people and groups to communicate on radio, TV and to speak in public.  Malcolm is the British Council’s lead trainer for the science communication competition  ‘Famelab International’  which, each year runs masterclasses in communications in 33 countries and organisations around the world.   Malcolm also presents ‘Love and Science’ a weekly radio show about science in the news and behind the news.  He began 3 years ago to teach himself ‘live DJ style presenting’ and says he has nearly figured it out!

Science and the Art of Film

The democratization of filmmaking has been one of the most exciting and liberating developments in media of the last two decades. Now most people have the technical means (or knows someone who has the technical means), not only to make a film, but to broadcast it via the internet. This revolution has opened up so many more possibilities for science communicators. Now, almost anyone can make a film – but not everyone can make a compelling film, or a memorable film or one that makes an impact on viewers. Why is that? Because, after we have taken care of the technology, what we are left with is pure film making:  choosing (or rather recognizing) a subject, framing shots, directing presenters, conducting interviews, recording clear sound, selecting and editing shots, creating a story, deciding how to transition between one shot and another. This session explores these core filmmaking skills and applies them particularly to telling the stories of science. We reveal some of the hidden artfulness of successful filmmaking and look at the often simple ideas that make a large difference. 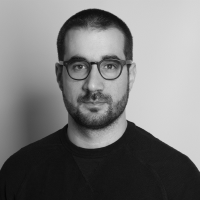 Paulo Nuno Vicente works as an Assistant Professor at Universidade Nova de Lisboa, where he coordinates iNOVA Media Lab, a research and development laboratory dedicated to immersive and interactive narrative, digital journalism, science communication, digital methods and information visualization. He started his career as a non-fiction multimedia storyteller. As a journalist and as a documentary filmmaker he has worked extensively across Sub-Saharan Africa, the Middle East and Latin America. In 2013, he founded Bagabaga Studios, an interdisciplinary co-op dedicated to digital media production and training. He holds a PhD on Digital Media (UT Austin Portugal) and he was a 2016 Fellow of the German Marshall Fund of the United States.

It is simple to define climate change as an abstract process: human-produced carbon emissions are changing the composition of our atmosphere and warming the planet. It is less easy to make climate change comprehensible as a concrete personal and community experience for distinct stakeholders like policy makers, news media professionals and citizens. Why is that? That’s because as humans we are hardwired for stories. We need a storyline. But what makes a story? And how can we merge narrative and visual elements in order to translate complex concepts? That’s the story of this workshop. To be continued. 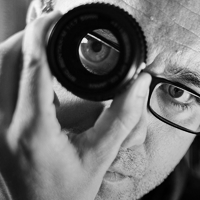 In this workshop, we will produce a short presentation video of the participants, using a lighting setup, a camera and video editing software. Some basic animation technics will also be introduced.
Before the workshop, the installation of a video editing software in the laptop
computers of the participants is required: “Open Shot” (free) available at
http://openshot.org/ 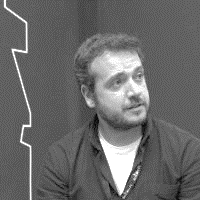 Alexandre Gamela is a digital media producer with a Master Degree in Online Journalism, by the Birmingham City University. He has been a columnist in several online and traditional periodicals, such as PCGuia and Revista Gerador, and also as an Instructor at the University of Porto and FLAG, the latter in Digital Marketing. Currently he is a Digital Media Producer and Researcher in Science Communication. He has experience as a Content Producer in Plantas Invasoras in Portugal (http://invasoras.pt/en/) and in the Botanic Garden of the University of Coimbra.

Social media have become the internet. Users share, comment, engage with content spread across multiple platforms, from Facebook to Twitter, in different formats, from gifs to videos. Researchers can be an authoritative voice amidst the chaos of misinformation and excessive information and directly interact with their audience.But how to use the best platforms to share our knowledge, and how to create narratives that are both compelling and effective? And how to use social media in our content production strategy? Identifying potential audiences, creating calls to action, analyzing engagement and using each social network characteristics are some of the steps needed for researchers to reach both  wider and specific groups, either peers, communities involved in our projects or people in general.Social media for researchers is not about going viral, but rather to raise awareness, reach society in well known and widespread environments, and to get closer to other researchers and institutions working in our field of expertise.

Botanic Garden of the University of Coimbra, Portugal 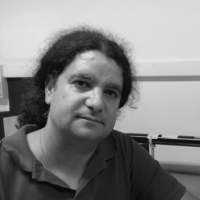 Pedro Pombo is the Director of Fábrica Ciência Viva Science Centre and he teaches at Physics Department of University of Aveiro. He is an expert on Holography and Science Communication. In the field of laser optics he develops research on holographic techniques, and educational holography. In the field of science communication he develops exhibitions, science centres and research on public engagement into science and technology and on impact of STEAM education into science education. He has been the coordinator of three international projects, nine exhibitions and twenty nine national projects dedicated to Science with and for Society. He is author of one chapter book, fifty scientific publications, three school text books and recipient of nine European prizes on Science Communication.